PARKS The Board Game 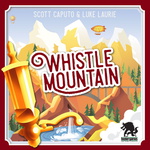